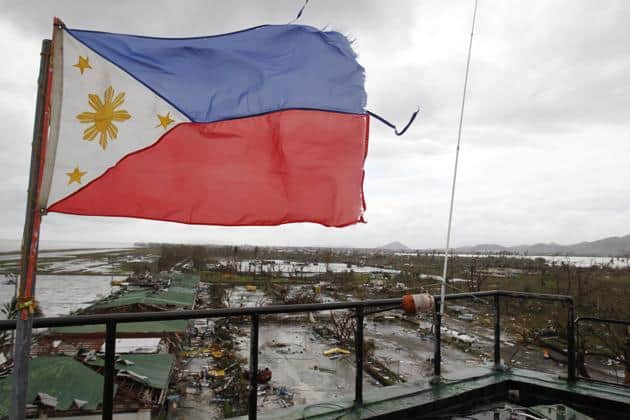 Here is an open letter that has gone viral over the social media networks about media coverage of the recent devastation of super typhoon yolanda in central Visayas region.

With so many rantings on social media about the management of aids and others this is a great read. Though quite long, its worth reading for foreigners and us Filipinos too to understand the situation. So Here it is.

I just wanted to make some comments on the reporting of the CNN International crew here in Manila, regarding the relief efforts for the victims of super-typhoon Haiyan (which we locally call typhoon Yolanda).

First, full disclosure: I am a retired Filipino executive and computer person. I was born in the Philippines and spent all my life here (save for some very short overseas stints connected with my career). I have worked with a large local Philippine utility, started up several entrepreneurial offshore software service companies (when outsourcing was not yet in vogue), and also served as the Philippine country head for a multi-billion dollar Japanese computer company. This diverse work background allows me to always see both the local and global point of view, and to see things from the very different standpoints of a third-world citizen, and a person familiar with first-world mindsets and lifestyles.

I appreciate CNN’s reporting, as it brings this sad news to all corners of the world, and in turn, that helps bring in much needed charity and aid. The tenor and tone of CNN’s reporting has not been very palatable for a local person like me (the focus seems to be on the country’s incompetence). But I shrug that aside, as there is probably some truth to that angle. And in reality, what counts now is that help arrives for the people who need them most; recriminations and blame can come later. Last night, I listened to a CNN reporter wondering about the absence of night flights in Tacloban, in the context of the government not doing enough to bring in relief goods. It was like listening to newbie executives from Tokyo, London or the USA with no real international experience, yet assuming that their country’s rules and circumstances applied equally to the rest of the world. That was the proverbial last straw: I knew I had to react and call your attention to a few things (with some risk, since these topics are not my area of competence):

1. The airport in Tacloban is a small provincial airport: when you get two commercial Airbus flights arriving simultaneously, you are already close to straining that airport’s capacity. Even under normal operations, the last flights arrive in Tacloban at around 6pm, partly because of daylight limitations. Considering that the typhoon wiped out the airport and the air traffic gear, and killed most of the airport staff, you basically have nothing but an unlit runway which can handle only smaller turbo-prop planes. You can only do so much with that. I would assume that our Air Force pilots are already taking risks by doing landings at dusk. Take note that in the absence of any working infrastructure, the cargo will have to be off-loaded from the plane manually, while it sits in the tarmac. If you do the math, I wonder how aircraft turn-around’s can be done in a day? How many tons of supplies could theoretically be handled in one day?

2. The Philippine air force has only three C130 cargo planes (I am not sure if there is a fourth one). This is supposedly the best locally-available plane that is suited for this mission: large enough to carry major cargo load, but not too large to exceed the runway limitations. We do not have any large helicopters that can effectively move substantial cargo. I am happy to read in the newspapers that the USA is lending another eight C130 planes. I am not the expert, but I would suspect that even with more planes, the bottleneck would be in capacity of the airport to allow more planes to land and be offloaded, as discussed above.

3. A major portion of the road from the Airport to Tacloban City is a narrow cement road of one lane in each direction. With debris, fallen trees, toppled electric poles, and even corpses littering the road, it took time to clear the airport itself, so that they could airlift heavy equipment needed to clear the roads. Then it took even more time to make the roads passable. Listening to our Interior Secretary on CNN, he disclosed that the Army was able to bring in 20 military trucks to Leyte. Half of them were allocated to transport relief goods to the different villages in the city, and the rest were assigned for clearing, rescue and other tasks. With very little local cargo trucks surviving the typhoon, I guess this would be another bottleneck. Again, I assume that if I do the math, there is only so much volume that can be moved daily from the airport to the city.

4. The Philippines is an archipelago. Tacloban City is in Leyte island, which has no road link with the other major cities/islands. The only external land link (the San Juanico bridge) is with the neighboring island of Samar, which was equally hard hit by the typhoon, and which is just like Leyte (in terms of limited transportation infrastructure). The logistics of getting relief, supplies and equipment to Tacloban is daunting. Not too long ago, my company put up a large chunk of the communication backbone infrastructure in Leyte province. It was already a challenge to get equipment onto the ground then. This has always been the challenge of our geography and topography. What more now, when the transportation/communication systems are effectively wiped out in Tacloban?

5. There is an alternate land/sea route from Manila to Leyte: down 600 kilometers through the Pan-Philippine highway to the small southern province of Sorsogon, taking a ferry to the island of Samar, and then 200+ kilometers of bad roads to Tacloban City. I was told that some private (non-government) donations are being transported by large trucks through this route. So many trucks are now idle in Matnog town down in Sorsogon, waiting for the lone ferry which can carry them across the very rough San Bernardino Straits to the town of Allen in Samar island. The sheer volume probably is over-whelming. Again I do not have the exact numbers, but my educated guess is that the low-volume Matnog ferry needs to transport in a few days what they would normally do over one or two months.

6. The government administrative organization in Tacloban is gone. Most local government employees are victims themselves. This adds to the problems of organizing relief efforts locally. Even if augmented with external staff, the local knowledge and the local relationships are hard to replace. In some other smaller towns (where the death toll and/or damage has not been as bad), local governments are still somehow functioning and coping. They are able to bury their dead, set up temporary makeshift shelters, organize and police themselves. Short term, they need food, water and medical supplies to arrive; medium term, they need assistance in clean-up, reconstruction and rebuilding. But Tacloban is in a really bad condition. What can you expect from a city that has lost practically everything?

I am told of the comparison with the Fukushima earthquake/tsunami, where relief supplies arrived promptly, efficiently, and in volume. I think there is one major backgrounder that CNN staff fail to mention: that Tacloban is not Fukushima, that it is not Atlanta. And the Philippines is not Japan, and certainly not the USA. Even before the typhoon, this region was one of the less developed in the country, with limited infrastructure. There was only a small airport, limited trucking capacity, a limited road system, and a small seaport servicing limited inter-island shipping. And with the damage from the typhoon, that limited infrastructure has been severely downgraded. It is easy to blame the typhoon. But the truth is: Tacloban is a small city in a third-world country. If you had to bring in that volume of cargo in that short window of time in pre-typhoon Tacloban, it would already have been a challenge. It is easy for a first-world person to take everything for granted. The reality (or sometimes, the advantage?) of growing up in a third-world country is that you do not assume anything, you take nothing for granted, you are grateful for what little you have (and you do not cry over what you do not have).

I understand and sympathize with the desperate needs of the victims. Every little bit counts. The smallest food or water package can make the difference between life and death. I think every Filipino knows that. And that is why I am very happy with the national display of compassion and civic duty. Everyone, even the poorest, even the prison inmates, is donating food and money. People are volunteering their time. All the local corporations are helping. In the Philippines, Christmas is the most important holiday, and the annual company Christmas Party is probably the most important company event for most employees. Yet in very many companies in Manila, employees have decided to forego their Christmas party, and instead divert the party budget to relief/aid.

From what I see on TV, the situation on the ground is not pretty. I do accept that efficiency needs to be improved, that service levels have to go up. I do acknowledge that our country’s resources are limited, that our internal delivery capabilities may not be world-class. I do understand that there may be ineffective policies/processes and even wrong decisions made by government. But what I cannot understand is the negative tenor of CNN reporting. I suspect that CNN reporters are viewing this through the eyes of a first-world citizen, with an assumed framework of infrastructure and an expectation of certain service levels. I suspect these are expectations that we would have never met, even in the pre-typhoon days.

Or perhaps it is a question of attitude: a half-empty glass rather than a half-full glass. At my age, I have experienced and lived through earthquakes, volcanic eruptions, and at least twenty really bad typhoons (but admittedly, none as bad as Yolanda). From my experience, what we have now is not just a half-filled glass, I personally view it as probably at least 75% full (meaning, I think this is a big improvement over past efforts in past calamities). But please do not fault us for being a third-world country. Please do not explicitly or implicitly attribute everything to our incompetence, what might be due to other factors (such as those that result from limited resources or infrastructure, or those conditions that God or nature seems to have chosen for us). Our people are doing what they can, so let’s give them a break. More so in these difficult times, when suffering is high, emotions are feverish, and tempers are frayed.

It breaks my heart to see my countrymen suffering so much. I will do my share, whatever I can do to help. I will bear insults and harsh words, if this is the price for my people to receive the aid we need. I make no excuses for my country’s shortcomings, but I just wish that some positive slant (the many small tales of heroism, the hard work of our soldiers, the volunteerism and compassion of the typical citizen, etc) would also be mentioned equally. I just needed to let you know how this particular Filipino reacts to your reporting, and I suspect there are many, many other folks who feel the same way that I do.

For whatever the limitations, I still sincerely thank you for your coverage, and the benefits that it will bring my countrymen.